The company started in the year 2004, AstroMantra.com with a determined vision, is a stalwart in the field in many ways. Since astrology is the study of the movements and relative positions of celestial objects as a means for divining information about human affairs and terrestrial events and it has been dated to at least the 2nd millennium BCE, and has its roots in calendar systems used to predict seasonal shifts and to interpret celestial cycles as signs of divine communications.

We also thought to impart our knowledge and experiences with the persons who visit our sight and hence we started this in the year of 2004 by the brand name AstroMantra.com with a determination by which we can predict about a person so that during adversity he remains alert and take necessary steps for the remedy. We had been in the trade since then and advised our valued clients about their do's- don'ts etc. with a perfect prediction which due to its genuineness made us, where we are today. Astro Mantra became a household name Read more..

The face of Hanuman ji should be towards southwest direction. It is not appropriate to make the place of worship in any other angle. To attain knowledge, it should be worshiped keeping north in front and it is best to worship in keeping face east ward for getting wealth.

The reception room has the highest importance in any building. In ancient times it was known as meeting. Boister and pillows or furniture should be placed in the reception hall towards south and west. As far as possible in the reception or meeting, the open space should be kept in the north and east. The reception should be made in the middle of the northwest and east and North-east direction (Vastu Bhavan Nirman) of the building. The importance of balcony in the residential buildings for the beauty, for the air and Sun light is of paramount importance. The balcony is also considered as an open space in a building. From the balcony, the sunlight and the natural wind are received. Balconies can be made in accordance with Vastu Bhavan Nirman or Vastu Bhavan Nirman principles.

Toilets should always be made between southwest angle (Vastu Bhavan Nirman) and south direction or southwest angle and west direction. The exhaust fan should be fixed in the toilet on the northern or eastern wall. Keep the water flow towards north-east. Your face should be south or west direction while defecating in the toilet. You should place the toilet seat in such a way that while you are sitting on it your mouth will be towards south or west. Try different toilets and bathrobes. Do not make toilets with north and east walls.

Nowadays man does not have a place of living, then where are cattle or cow buffalo breeding is possible? Rearing cow is the science. It also has many benefits. If rearing Cow is possible, then cow should be groomed. The Cow shed or other animal shed must be in the North West direction.

In Vastu Bhavan Nirman Significance of Kitchen and Store room

Garage is required to park the vehicle. In the flat, bungalow or large house (which is more in place), the garage should be made in the south-east or north-west direction. Just keep in mind that weight should be reduced on the North and East (Vastu Bhavan Nirman) walls in the garage. However, due to the tightness of the place nowadays, mostly there is no garage in the building. Only those who have more space can make it. The location of the garage remains best near the Servant Quarter.

Stairs should be constructed in accordance with the architectural rules. It is auspicious to be in the east or south direction of the stairs. It is better to be on the right side of southern and western sides in the stairs. If the stairs are to be curved then their rotation should always be south, south to west, west to north and north to east. To say this is that while climbing the stairs should always turn from left to right. No matter how many turns it is.

Stairs should always be made in odd numbers. The number of stairs is such that if they divide it by 3 then 2 remaining, such as the number 5, 11, 17, 23, 29 etc. Keep the door above and below the stairs. The lower part of the door above the lower door should be low. On building stairs in an old house, make it in the north-east direction (Vastu Bhavan Nirman), then to make a room in the southwest direction to eliminate its architectural defects. 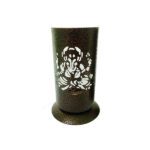 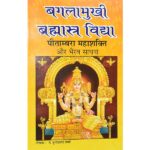 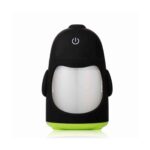 Mobile version: Enabled
Back to top

No products in the cart.