The company started in the year 2004, AstroMantra.com with a determined vision, is a stalwart in the field in many ways. Since astrology is the study of the movements and relative positions of celestial objects as a means for divining information about human affairs and terrestrial events and it has been dated to at least the 2nd millennium BCE, and has its roots in calendar systems used to predict seasonal shifts and to interpret celestial cycles as signs of divine communications.

We also thought to impart our knowledge and experiences with the persons who visit our sight and hence we started this in the year of 2004 by the brand name AstroMantra.com with a determination by which we can predict about a person so that during adversity he remains alert and take necessary steps for the remedy. We had been in the trade since then and advised our valued clients about their do's- don'ts etc. with a perfect prediction which due to its genuineness made us, where we are today. Astro Mantra became a household name Read more..

Psycho Astrology, or astropsychology, is the result of the cross-fertilisation of the fields of astrology with depth psychology, humanistic psychology and transpersonal psychology.

According to Carl Jung, “The individual disposition is already a factor in childhood; it is innate and not acquired in the course of life”. This means that there is an ‘innate seed’ in the child at the time of its birth. In Astrology, the horoscope built depending on time of birth of the child will help to know this innate seed. The horoscope reflects the character traits, strengths and weaknesses of the child in future just like a seed reflects a huge plant.

Carl Jung classifies people into 4 psychological types, namely: the thinking type, the feeling type, the sensation type and the intuition type. A human being is a combination of these 4 types and often a certain type may predominate in a person(Psycho Astrology).

The thinking type person is intelligent. He analyses the things according to logic and draws conclusions based on evidences. This thinking type is reflected in the signs: Gemini, Libra and Aquarius in Astrology(Psycho Astrology).

The feeling type person evaluates others using emotional criteria. He is sensitive to moods and atmosphere. In Astrology, the feeling type is shown by the signs: Cancer, Scorpio and Pisces.

The intuitive type person also cannot judge the things. But he understands the things by mental and spiritual faculties. Such a person becomes impractical sometimes. But he would be active mentally. Astrology reflects the intuitive types in the signs: Aries, Leo and Sagittarius.

This might come as a surprise to some, but there is actually a whole sub-section of psychology that is dedicated to horoscopes, planetary movements, and how these impact on humanistic behaviors(Psycho Astrology).

This area of Psycho Astrology is part of the school of humanistic psychology, which holds analysis of, and understanding of, human potential, creativity, and free will at its core.

There have been some pretty significant studies within this area linking human psychology with astrology. In 1936 Dane Rudhyar published a book titled “The Astrology of Personality” which revealed that astrology is not there to predict future events, but rather to help bring order to our lives. The collision between the ancient understanding of astrology and the modern application of psychology completely transforms its significance in our lives.

Rudhyar also explains how the basis of all modern scientific understanding was originally born from astrology – it was a human fascination with the stars and planets which lead to the development of scientific theories and concepts to better understand them.

With such a historic bond between the two schools, it is undeniable that they are linked with one another and can inform one another.

Some of Carl Jung’s Theories Were Based in Psycho Astrology.

Jung is widely considered to be one of the founding fathers of modern analytical psychology. He founded the idea that there are four psychological personality types which he called thinking, feeling, sensation, and intuition.

These went on to influence what is now the most commonly used and respected personality test – the Myers-Brigg Type Indicator (MBTI). This test takes Jung’s work on personalities and provides an applicable, modern analysis and explanation of them. 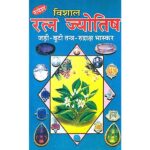 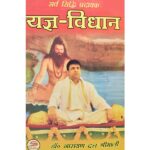 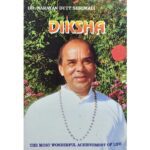 The four primary psychological(Psycho Astrology) types actually have their roots in the four unique elements which split the astrological calendar into four; Earth, Fire, Water, and Air. Each of these types’ distinct traits corresponds perfectly with Jung’s theorized traits, influencing our daily behaviours.

This understanding goes on to show how, though it seems individuals make a series of random decisions every single day, these decisions have a correlation based on defined personality types. From this, we can see how the different element types will interact with one another in very different ways. Psychologically speaking, some people will simply never get along well with each other.

Psycho Astrology- Which one to Prefer:

In USA, Canada and some European countries, we see Psychologists playing a role in recruitment of personnel for top level companies. Psychologists conduct some tests and observe the mental attitude of the person and finally draw conclusions whether the person is fit for the job or not. But Psychology fails to assess the person’s behavior on a long run. Psychology does not know what happens tomorrow, which only Astrology can foretell. After conducting a series of tests over a period of several years, what Psychologists can tell us, the same can be judged by an Astrologer simply by looking at the horoscope of the person in 10 minutes. In this way Astrology becomes an invaluable tool(Psycho Astrology).

Moreover, Psychologists can be cheated by clever and cunning people who can easily disguise their true nature during the Psychology tests. This is not possible in Astrology since Astrology draws information from the horoscope and not from the appearance of the person.

Couples consult Psychologists to know whether they have compatible mindset for marriage or not. Psychologists analyze the minds of the couple at that moment and may say ‘Yes’ for the marriage. But after a few years the same couple may go for divorce. How the minds of the people change over the period of time and when the couple gets separated etc. can be assessed in advance only by Astrology.

This subset of psychology can be thought of as a kind of ‘spiritual psychology’ which integrates the transcendental aspects of the human experience – such as altered states of consciousness and mystical experiences – with modern psychology(Psycho Astrology).

It challenges the more materialistic assumptions of modern approaches to understanding the human mind, and instead puts forward evidence of a connection between planetary alignments and patterns of human behaviour throughout history.

It is interesting to note that Carl Jung practiced Astrology and found that it is useful in his psycho analysis. He writes: “In cases of difficult psychological diagnosis I usually get a horoscope in order to have a further point of view from an entirely different angle. I must say that I very often found that the astrological data elucidated certain points which I otherwise would have been unable to understand.”

Jung’s broad division of attitude types as extrovert and introvert are seen in Astrology as masculine signs (Aries, Gemini, Leo, …) and feminine signs (Taurus, Cancer, Virgo, …). For example, in a horoscope if more number of planets occupy the masculine signs; the person will have male qualities of aggressiveness, domination and sociable nature. If more planets occupy feminine signs, then the person will be endowed with female qualities like sensitiveness, softness and care-taking nature (Psycho Astrology).

In a female horoscope, if masculine signs are dominant, that woman will acquire male qualities. She goes out into society, establishes relations with others and becomes aggressive in pursuing a job or profession of her choice. Such a woman cannot spend time in extending sufficient affection to her children. If her husband expects her to sit in the house and pamper her children like a typical Indian house wife, his dream will become impossible. Slowly, this will become an important factor leading to unhappiness in their married life(Psycho Astrology).

In Astrology, the Ascendant, the lord of the Ascendant and the most influencing planet in the horoscope will determine the psychology of the person along with his strengths and weaknesses.

For example: a Pisces Ascendant person is sensitive, submissive and never dominant. He likes to follow the orders in a calm way. He does not want to lead others. He even hesitates to pass orders to others. Anybody can convince him by appealing to his kindness. A Pisces person can become a good clerk or a supervisor. He can never become a leader. So, if such a person is promoted as Head of the Department in a company, the entire department will lose control and there will not be expected progress.

Let us take another Example: A Cancer Ascendant person likes good food, different varieties of food and drinks. He likes water and wants to stay cool in swimming pools. His moods change more often. If he says ‘Yes’ in the morning, it becomes ‘No’ by the evening. He moves on and takes journeys to beautiful places studded with green trees and river banks. He likes cool nights rather than dried day times. Knowing this much about him, how can we use this information?

Suppose you have to do a business deal with a company. You are visited by a Cancer person from the other company. Now, see that the person will be accommodated in a beautiful hotel in the middle of green trees and perhaps nearby a river. See that several varieties of food and drinks are served to him throughout the day. In the evening when the moon rises, when he is at the swimming pool, go to him and talk about the deal(Psycho Astrology). The fresh air, the blue waves in the pool, the drink in his hands and the moon on his head will make him say ‘Yes’. Don’t give him a chance to change his mind. Get his signature instantly. That’s it. The deal is completed.

Mobile version: Enabled
Back to top

No products in the cart.